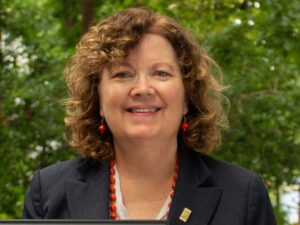 Jean Ristaino was named to the rank of  AAAS Fellow by the Council of the American Association for the Advancement of Science on November 24, 2020. Each year, the Council elects members whose “efforts on behalf of the advancement of science, or its applications, are scientifically or socially distinguished.” The Council elects Fellows deliberately and carefully to preserve the honor attached to this recognition.
Ristaino was honored: For distinguished contributions to the science of plant pathology, particularly the population biology of historic plant disease outbreaks.  The honor of 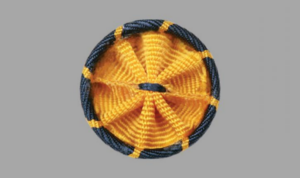 being elected a Fellow of AAAS began in 1874 and is acknowledged with a certificate and rosette to be awarded at the AAAS meeting in February 13 2021.  AAAS Fellows are elected each year by their peers serving on the Council of AAAS, the organization’s member-run governing body. The title recognizes important contributions to STEM disciplines, including pioneering research, leadership within a given field, teaching and mentoring, fostering collaborations, and advancing public understanding of science.